It is said that Christmas is the most wonderful time of the year, but I happen to believe it’s right after Christmas when year-in-review and best-of lists swarm all forms of media. I guess I’m a sucker for nostalgia. This year, I’m making a short year-in-review for what has proved to be my most monumental year in writing (to-date, of course. I’m hoping it doesn’t go down in history that way).

I often get asked where I’m at with all of my writing projects. This should help sum it up, along with providing some tidbits I’ve learned about my writing, the publishing industry and myself.

2015 started off with a resolution or some may just say a goal (perhaps a recycled goal) of getting an agent.

I received suggested edits from an agent during a Twitter contest the previous year and was invited to revise and resubmit. I worked from September until January to polish up my manuscript and get it out. I waited for a response from the original agent, and after waiting six weeks, decided to put it forth into the world. I sent my manuscript to agents who also represent picture books as that is another interest of mine and to my pleasant surprise – ended up in talks with five different agents, three different offers and one agent signed and sealed by the end of the process! Amazing! Living on top the world! Right? Well sort of…

As with all writing roller coasters, it’s back to the computer for more edits. I was so excited for the direction THE TRUTH ABOUT THE BIRDS took after my edits, I couldn’t help but excited about the whole process.

In the meantime, my first creative non-fiction children’s book PLUTO SINGS THE BLUES and my second entitled DO IT MYSELFIE were polished up and officially sent on submission. Which is where those stand now and right before the end the year, THE TRUTH ABOUT THE BIRDS released itself into the publishing wild. So I am currently being reviewed by a variety of amazing editors. I pray that, just like the Bachelor (see Bachelor Agent Post), I will find my match made in heaven and you will someday in the not too distant future be able to check out my work.

Until then, I’m working on a yet to be titled contemporary YA work and praying hard every night that my writing finds its match with the right pair of eyes! 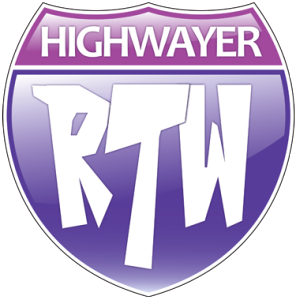 I’m a big fan of the site YA Highway and it’s author’s completed works (hello, Divergent series). Each Wednesday, they host a blog carnival with different writing or reading related questions. I’ve participated a bit on my old site, but will now share in the carnival on my shiny new site every Wednesday!

Road Trip Wednesday question #175: The Veronica Mars Kickstarter success makes us wonder, what YA book would you raise $2 million to see a movie version of?

For starters, let me first say, I would never raise 2 million dollars for any movie to be made. For cancer research, yes. For a movie, no. However, taking this question as “What YA book are you dying to see made into a movie?” My answer is this: 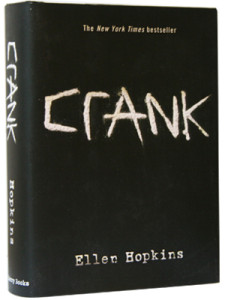 Those of you who know me, probably know my passion for poetry. I love that Ellen Hopkins has so successfully created poetry turned novel. If the poetry of Crank could be woven into a motion picture, I’d be the first to line up and see it. Crank is a story based on the author’s daughter’s personal story with her addiction to crystal meth. The story itself is a pretty standard addiction story, but the poetry and prose of the novel pulls you deeply in on an emotional level. With the right director, actors and most importantly, screenplay – this could be quite an original movie.

Runners up include: Are You There God? It’s Me Margaret? By Judy Blume and The Book Thief by Markus Zusak